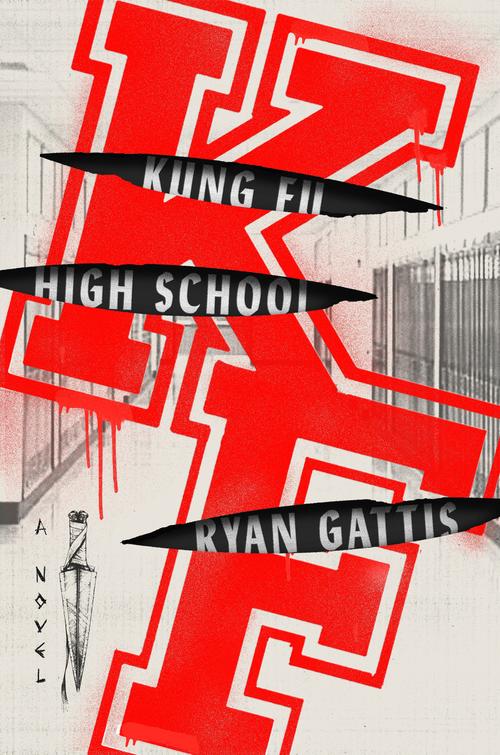 High school is brutal, but Jen B. has learned to pick her battles. Except the first one—that one is mandatory. At the Good Reverend Doctor Martin Luther King High School, aka “Kung Fu,” everyone gets beaten to a pulp in their first week. Getting “kicked in” helps Ridley, the drug kingpin who runs the school and everyone in it, maintain order. He’s the reason that 99.5 percent of the students know some form of martial art, and why they suit up in body armor and blades before class.

Jen’s life is savage but simple until the day her cousin Jimmy, a world-famous kung fu champion, shows up. Everyone at Kung Fu wants a piece of him, especially Ridley, but Jimmy’s made a promise never to fight again—a promise that sends the whole school hurtling toward a colossal clash, ending in an epic bloody showdown.

Ryan Gattis’s dystopian satire, Kung Fu High School, is a cult classic in the making—a darkly comic, gleefully graphic, barbaric opera about loyalty, survival, and the horrors of high school, which earned comparison with the works of such icons as Chuck Palahniuk, Richard Price, and Anthony Burgess.